Reminder: The Mother’s Act is Headed to the Senate… Please Act Now

I previously posted on the Mother’s Act. This Act would mandate  that all new mothers be screened for mental health 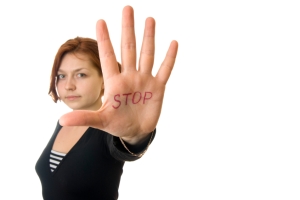 challenges based on a subjective analysis.  This is a concerning issue that appears to serve Big Pharma rather than new moms.  Please act now to protect new mothers from unnecessarily being prescribed psychiatric medications that can cause an addiction that is difficult to overcome later on.

Oftentimes post-pregnancy depression is associated with a deficiency of progesterone, low adrenal gland function, and some specific nutrient deficiencies that can easily be tested for and treated naturally.

Below I have reprinted a plea from Sheila Matthews of http://www.ablechild.org regarding the significance of this Act and what you can do today to help prevent it from coming into law.

A sweeping government policy for all new births in the United States has just passed the House of Representatives and is now headed to the Senate.  The Mother’s Act, if passed, will mandate that all new mothers be screened by means of a list of subjective questions that will determine if each mother is mentally fit to take their newborn home from the hospital.   Just imagine that after your child is born, you are told that you can’t take them home since a multiple choice questionnaire wasn’t answered correctly.  Just imagine being told that the only way you can take your child home is if you or your spouse goes into treatment or on anti-depressants which we know causes psychosis, delusions, and even homocidal thoughts.  It just doesn’t make sense.  Unfortunately, this bill is on a fast track–No public debate, no public disclosure of the broad impact on our society and that is why we need you to act now!

The Mother’s Act violates our Constitutional right to privacy and your right to liberty and it is just outright dangerous.  That is why we need you to help stop this.  We urgently need you to call and email each Senator on the HELP Committee and tell them you STRONGLY OPPOSE the MOTHER’S ACT and that you are OUTRAGED that there was NO public debate or disclosure on the impact this would have on our society as a whole.

Please call the following Senators on the HELP Committee and tell them that you want the Mother’s Act to die in committee.

Thank you so much for caring enough to call and take action!  Remember “We The People” are in charge!

This entry was posted on Tuesday, April 14th, 2009 at 8:56 am and is filed under Depression, Hormone Replacement Therapy, Naturopathic Medicine, Orthomolecular Psychiatry, Pharmaceuticals, Pregnancy, Women's Health. You can follow any responses to this entry through the RSS 2.0 feed. You can leave a response, or trackback from your own site.