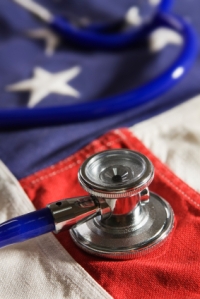 I am reprinting an action statement from the Alliance for Natural Health USA about the upcoming vote on the healthcare bill.  It lists the elected representatives that still have the potential to vote “NO” on the bill as it is written.  We may only have until this Thursday to make our voices heard, so please, if you are interested in maintaining your freedom in healthcare choices and access to natural healthcare, TAKE ACTION now!

Make Your Voice Heard on the Healthcare Bills!

After months of negotiating and back-door dealing, Congress is set to pass industry-friendly healthcare legislation at the expense of consumer choice. Please contact your elected representative today and tell him or her to vote NO on the healthcare bill!

The House of Representatives is expected to pass the Senate healthcare bill along with separate “fixes” as early as Thursday. If passed, the Senate will then vote on the fixes shortly thereafter. This may be your last chance to make your voice heard.

There are a few key representatives who will make or break the healthcare bill, because for one reason or another, their votes remain uncertain and subject to change. If you see your elected official listed below, it’s particularly critical you contact them today and tell them to vote no on this version of healthcare reform.

Members who voted no last time but haven’t said what they would do this time include:

Members who voted yes last time but are in districts unfriendly to this bill and might be swayed to vote no:

This is a list of representatives who are uncertain because of their concerns about abortion (some of these will overlap with last list):

A brief recap of why we oppose this bill:

1) The government defines health and healthcare and health insurance. This is an open invitation for special interests such as drug and medical equipment makers and even the American Medial Association (AMA) to take even tighter control of your medical options.

2) The government forces you (on penalty of fine and even jail) to buy government approved health insurance policies that will not provide any access to natural medicine. Catastrophic policies, health savings accounts (HSAs), and other ways to buy natural medicine services will be destroyed.

3) Health records will be electronic and neither you nor your doctor will have any privacy (the privacy of the doctor-patient relationship is not protected).

4) The language is ambiguous, but it may be illegal even to pay your doctor separately in cash for natural medical services.

5) The bills are paid for with “smoke and mirrors” and will increase the budget deficit over time, but we leave these considerations to others.

Thank you to those who took action and contacted Senator McCain to request that he reconsider supporting his new bill that threatened to block your access to natural medicines. According to Alliance for Natural Health USA, Senator McCain was embarrassed by an ad they placed, that pointed out that he was misrepresenting and did not seem to understand his own bill. McCain met with Senator Orin Hatch, who is a strong supporter of natural medicine, and shortly thereafter news came that he was withdrawing his support of the Dietary Supplement Safety Act.

A word of caution…it is likely that another, modified version of this Bill creeps up and we will be watching for this.  In the meantime, I want to extend my gratitude to those of you that were willing to take action and make your voice heard. It is the ONLY way we are going to see genuine, lasting change in our healthcare system.

Let’s start making the  healthcare needs of the people, and of  the future generations known. What I am seeing in practice is that the newest generation is suffering from unhealthy habits of at least the past two generations (e.g. poor diet, lack of exercise, more stress, exposure to industrial chemicals and pesticides, synthetic hormones, introduction of more chemicals in the food supply).

This means that genetically,  they are more vulnerable to chronic illness, which is an area of healthcare where our current system fails to provide real solutions.

These children are much more sensitive to the effects of poor diet, chemicals in the environment, and high potency medications.  They will not  benefit from access to the current system of healthcare that is heavily focused on prescription medications and the suppression of symptoms. The younger generation, and future generations will be seeking to address the root cause of their symptoms-be it mental, emotional and/or physical.

It is time to design a new healthcare bill, where the focus is on optimal health, the principles and practice of naturopathic medicine, treating the cause rather then masking the symptoms, detoxification, and working with and respecting the body’s innate ability to heal itself, given the proper support.