The Value of Estriol for Women 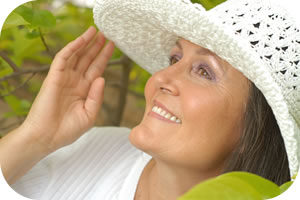 Many women rely on the benefits of compounded, bio-identical hormones that include estriol, the safest and most protective form of estrogen that is naturally made by the body.  In January of this year, the FDA ordered pharmacies to ban the use of estriol even though 80% of bio-identical hormone replacement therapy prescriptions use it, and estriol is a hormone that is naturally manufactured by the human body.  The FDA feels that estriol is a “new and unapproved drug” and hence its safety is unknown.  However, according to the HOME coalition, the FDA has admitted that no adverse event involving compounded bio-identical estriol has ever been reported.  A research study supported by the Department of Defense followed 15,000 women for 40 years, monitoring their estriol levels. This landmark study found that the women with the highest levels of estriol had a 58% reduced risk of developing breast cancer.  And women whose estriol levels rose the highest during pregnancy (up to 1,000 fold) had the lowest risk of breast cancer.  It is also interesting to note that, as a group, Asian women have some of the highest levels of estriol in their body, and the least incidence of breast cancer.  The lead researcher for this study, Dr. Pentii K. Siiteri, PhD,  remarked that the finding from this study “suggests that estriol might be an effective option for either breast cancer prevention or treatment regimens.”

As a practicing Naturopathic Medical Doctor that sees countless women with hormone deficiencies in my practice, I am in full support of the use of estriol in some women, particularly those who are deficient in the hormone as revealed through laboratory testing.

Some of the main benefits women report with the use of Estriol in Bio-identical Hormone Therapy include:

To help protect your freedom to access this safe and effective hormone please take a moment to visit www.homecoalition.org.

This entry was posted on Wednesday, August 27th, 2008 at 12:45 pm and is filed under Hormone Replacement Therapy, Naturopathic Medicine, Pharmaceuticals, Prevention. You can follow any responses to this entry through the RSS 2.0 feed. You can leave a response, or trackback from your own site.