GMO Foods- Do they Really Help to “Stop World Hunger?”

Genetically modified organisms (GMO), herbicide-resistant crops, and genetically modified growth hormone (such as rBGH ) pose dangers to our health, our environment and our world–caused by the biotech industry’s imposition on our food chain. I am reminded of an interesting discussion that I had with a prominent researcher at the University of Illinois, whose team of scientists is looking at the effects of broccoli (genetically modified) on liver detoxification enzymes. She is passionate about her work, and the data they are accumulating is intriguing. However, when asked how she felt about the use of GMOs for treating health challenges, when we have research to demonstrate that this same technology damages human health, she responded that at the very least, her genetically engineered broccoli seeds could “help to stop world hunger.”I hear and read about this argument, championed by the biotech industry, frequently–that biotech GMO crops will feed the hungry around the world and will help meet the needs of our growing population. My comment to this is, for the first time ever, our world houses just as many overweight people (1.1 billion) as it does hungry souls. Moreover, hunger experts have demonstrated that countries such as Zambia have pulled themselves out of food crises without the help of genetically engineered seeds and crops. Interestingly, the Bush Administration, backed by fervent support from the biotech industry, challenged the World Trade Organization (WTO) on current European policies that limit the import of GE seeds and foods into the European Union, couching their position as a moral crusade, in part to counter hunger in Africa. However, according to Amadou Kanoute, regional director for Consumers International Office for Africa (CI-ROAF) in Zimbabwe, and Dr. Drinah Nyirenda, executive director of the Program Against Malnutrition (PAM) in Zambia, there is no longer a food crisis in Zambia, the only African country that refused GMO food aid. Lori Wallach, director of Public Citizen’s Global Trade Watch, summarized the underlying motivation behind the US “fight against hunger.” The Bush administration has sought to link Europe’s food policies with starvation in Africa to justify its WTO case against Europe, which is in fact, really about trying to overcome the growing public antipathy to GMOs worldwide and the related disappointment for US industries who gambled on this technology.

Genetically engineered herbicide-resistant seeds are patented, requiring that farmers either purchase new seeds every year, or pay an annual licensing fee. Such requirements are destructive to the ways in which the majority of African farmers currently maintain their farms. Additionally, we know that the increased use of GE herbicide-resistant crops necessitates an increase in the use of environmental chemicals that harm human health. Not to mention the unknown health effects of ingesting GE crops. Grains such as corn comprise nearly 70% of the average African’s daily caloric intake, as compared to less than 5% of the daily caloric intake of the average American, putting the African population at greater risk of realizing the known and unknown health hazards associated with GE crop production and consumption. 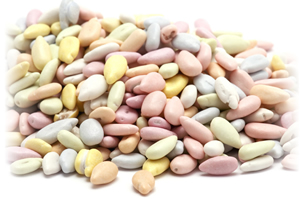 Seventy-five percent of the soybean crop planted in this country last year was Roundup Ready, as was 65% of the cotton and 10 percent of the corn. Perhaps the “fight for hunger” position, championed by the biotech industry, has more to do with money–farmers must purchase a patent-protected herbicide (e.g. Monsanto’s Roundup) from the same company that sells the GE herbicide-resistant product (Monsanto’s GE soy)–and politics, than with the ethical motivation to be socially responsible.

Unfortunately, researchers, most of whom work for the biotech industry, predict that the increased use of herbicides to kill weeds, that is occurring as a result of planting herbicide-resistant crops, will breed highly resistant, super-weeds. This will inevitably require that farmers utilize doubly potent chemicals to maintain their crops, exposing humans to greater degrees of toxic chemical exposure and an unforeseen impact on the incidence and onset of serious health challenges.

Hardell L. and Erickson M. A case-control study of non-Hodgkin’s lymphoma and exposure to pesticides. Cancer 876(6), 1999.

This entry was posted on Wednesday, June 11th, 2008 at 8:56 pm and is filed under Diet and Disease, Toxins and Detoxification. You can follow any responses to this entry through the RSS 2.0 feed. You can leave a response, or trackback from your own site.